The origin and background of Coaching 4 Coaches

A short history and references

Leen Lambrechts-Noël, director of Coaching 4 Coaches, has build her experience with Learning & Development since 1984. Her L&D career started when working for MRI Europe (DHL Europe) in the international L&D department. Soon Leen got the L&D virus of delivering trainings on various aspects, combined with coach-the-coach and train-the-trainer sessions.

In 1990 Leen decided to become independant trainer and coach. Her first company was titled PROFtraining, later on it was renamed to Coaching 4 Coaches bvba.

in the years 1990-1994 Leen worked together with other L&D professionals in a Training Services Network. Together they were early pioneers in offering blended learning training programs, combining Face-Face training, E-learning provided on huge CD disks alternated with pre- and post assignments. The topics on which they mainly worked were: client focus, quality and safety on the work floor for companies such as Vlaamse Watermaatschappij, Recticel and Silvania.

Leen experienced the power of personal coaching very early in her own career (1985) and followed with huge interests the books of Kinlaw, and later on Timothy Gallway and John Whitmore.

In 1994 she decided to give birth to Coaching Association Belgium, offering specialist modules for leaders to become a leader coach. She launched Coaching Association Belgium, as sister company to the Associatie voor Coaching (Netherlands), and worked closely with Willem Verhoeven (author of The manager as coach; Managing without Hierarchy, etc.) and his wife Anita Van Vlerken.  Leen’s primary sources to learn about professional coaching were based on John Whitmore, Willem Verhoeven, and later on many many other teachers from all over the world.

In 2010 Leen started in the Benelux, the first 2-year coaching training program for leaders and professional coaches: “Certified Personal Coach“. This training was offered to both Dutch and Flemish people.

Between 1994 and 1999,  Coaching Association Belgium, had grown very succesfully and Leen as managing director, found herself doing too much managerial work in stead of Coaching and Development of Trainings. That led to the decision to sell the organisation to a consulting company, in order to go back to the core her passion: delivering coaching and training. Coaching was still a booming business.

From 2000-2005 Leen kept on developping the Certified Personal Coach program and delivered this 2-year program succesfully in Belgium, together with the later Jef Clement. After 4,5 years of working under the umbrella of the consulting company, Leen wanted to expand the Coaching Programs.

As from 2005, Leen’s thrive to create first class coaching programs for different levels,  led to collaboration with 5 other coaches from ICF Belgium (International Coach Federation).  The Coaching Square (TCS) was founded. The ICF accrredited ROOT-GROW(c) coaching program, followed by the BLOOM(c) program were succesfully launched. TCS became the leading company for professional coaches in Belgium, delivering the trainings in 3 languages: Dutch, French, English and offering coaching programs for companies worldwide.

In 2006 Leen was the first female ICF Master Certified Coach (MCC) in the Benelux. This created the opportunity to offer an Accredited Coach Specific Training, certified by the ICF to take over examinations at the level op PCC. (Professional Certified Coach).

Since 2010 Leen has been the lead trainer for a ICF certified 6-day team coaching program. Team coaching is one of her favorite services, offering outdoor and indoor challenges for growth as a team.

In 2019 Leen decided to split from TCS, as future visions did no longer align and she relaunched her services with the mark of ‘Coaching 4 Coaches’.

Leen surrounds herself with a circle of aligned PCC and MCC Coaches who offer high standard coaching services for companies. As she has trained the coaches herself during her career, she has the priviledge to be able to choose the best coaches to collaborate with.

As Leen has succesfully graduated from the postgraduate program of Organisational and Coach Supervision (Ashridge) since 2018, she supervises the quality of coaching, coaching training and team coaching.

During her L&D career, Leen Lambrechts-Noël has led several successful and long term Coaching and Training projects. Here are some examples:

Some of the clients served over the years by Leen ...

The following social profit or non-profit clients were served by Leen Lambrechts-Noël over the years, through different channels (see above)

The following profit sector clients were served by Leen Lambrechts-Noël over the years, through different channels (see above) 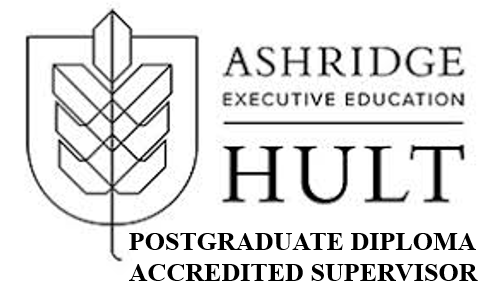 Webdesign by The Online Builders